Riga Airport Celebrates the 30th Anniversary of Cooperation with Finnair 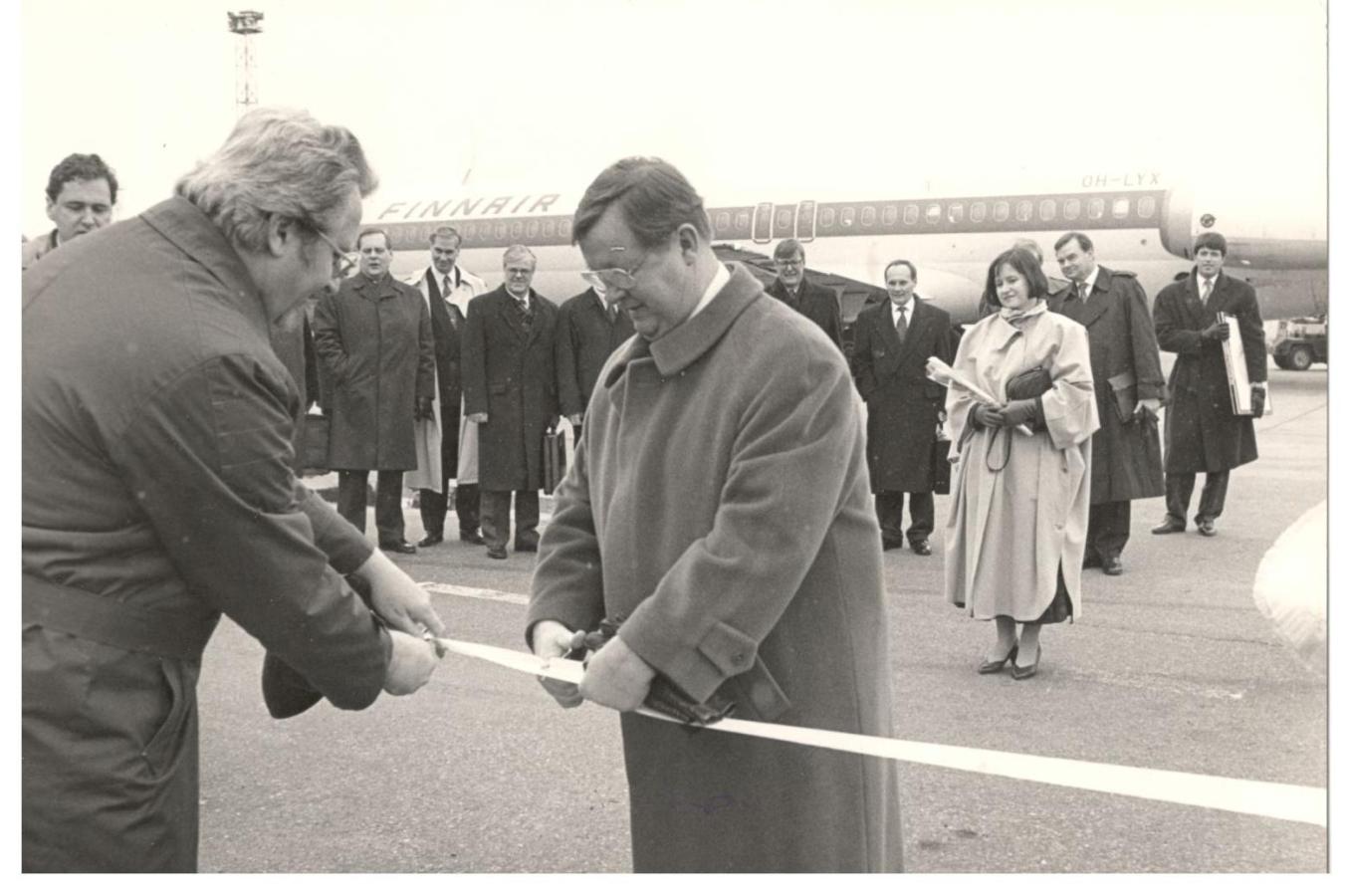 Today, 30 March 2022, marks 30 years since the Finnish airline Finnair resumed regular flights from Riga to Helsinki. The first resumed flight to Riga in 1992 was opened by the then Speaker of the Finnish Parliament; the airline's management was also on board, and among the passengers was also a man who had flown on the last Finnish aircraft from Riga to Helsinki back in 1940.

“Finnair is a professional and stable partner of Riga Airport providing our passengers with convenient connections to the capital of Finland and further to other destinations across the world,” says Laila Odiņa, Chairperson of the Board of Riga Airport.

Thirty years ago, Finnair launched flights from Riga Airport, thus resuming regular flights between the capital of Latvia and Finnair's base airport in Helsinki. The first flights operated by the Finnish national airline to Riga started back in 1927, when the company was known as Aero Oy. The airline's IATA code “AY” has remained to this day – Finnair is recognised by it all over the world. Flights between Riga and Helsinki were suspended due to the division of Europe during the World War II and the post-war period, when Latvia lost its independence.

"On 30 March 1992, when Finnair commenced direct flights to Riga, it had been just over half a year since the restoration of our country's independence. The goal of our country was to become a normal, modern European country as soon as possible, and, to achieve this goal, we needed a good and fast connection with the world", Anna Žīgure, Ambassador of Latvia to Finland from 1991 to 1998, stresses the importance of the resumption of flights in the restored Republic of Latvia.

For the 2022 season, Finnair plans to operate three flights per day or 21 flights per week on the Riga –Helsinki route, which is in fact a return to the same flight schedule as during the summer season of 2019 before the pandemic. This January and February, Finnair carried 11.3 thousand passengers between Riga and Helsinki, while the number of passengers carried in 2019 reached 121 thousand.

Riga International Airport would like to thank Ms Anna Žīgure for the historical photos from the flight Riga –Helsinki on 30 March 1992 (by Gunārs Janaitis).