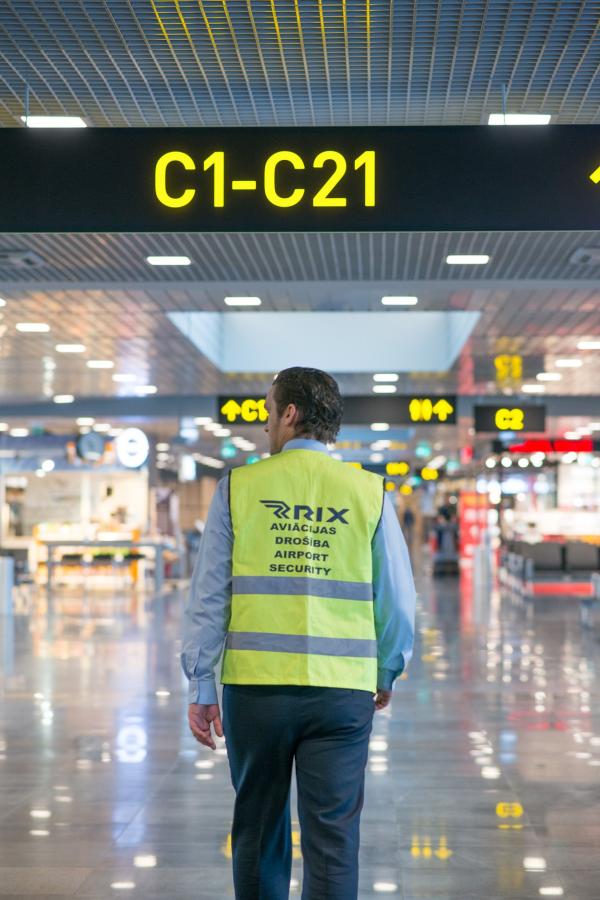 In preparation for the planned increase in flights and passengers, Riga Airport will increase its staff number in several job categories: in the first quarter of the year, at least 50 new positions are planned, mainly in aviation security and technical professions for the new baggage handling systems.

In view of the planned increase in flights and passenger traffic, especially during the upcoming summer season, Riga Airport plans to create around 50 new jobs in the first quarter of the year and to recruit and train staff mainly in aviation security and the new baggage handling systems service team.

"Working at the Airport requires special training and preparation, so we have started recruiting new staff early to be prepared for the increase in passenger traffic by the start of the summer season. This year, we plan to handle 6.3 million passengers, which means that we should be ready to provide Airport services to 16 per cent more passengers than last year," says Inga Rame, Director of the Airport's Human Resources Department.

The largest staff increases will be needed in the field of aviation security to ensure smooth security screening of passengers, hand baggage and checked baggage and to monitor the general order at the Airport, including attention to unattended baggage and compliance with the Airport's internal rules, as well as to monitor compliance with the pass regime. To work as an Aviation Security Officer, new employees must undergo several weeks of specialised training at the Airport's Training Centre and obtain the relevant certificate - the training is included in their paid working hours. To work as an Aviation Security Inspector, you must be 21 years or older and have good knowledge of the State language and English. To work with the Airport's baggage screening X-ray machines, staff must also have good colour recognition. Staff must also have good concentration and sustained attention. As Riga Airport operates on a 24/7 basis, many operational tasks, including the work of Aviation Security Inspectors, are organised in shifts.

As the Airport upgrades its check-in and cabin baggage systems and installs new baggage screening and transport systems, Baggage Handling System Technicians and Mechatronics Technicians are also being recruited to monitor and ensure the smooth operation of these systems on a daily basis. For these new positions, the Airport is looking for people with a technical background, preferably in mechatronics, at least two years of experience as an electrical engineer or similar, and good knowledge of the State language and English.

The Airport's Employee Incentive Scheme offers a range of additional benefits alongside remuneration in line with market standards, such as development opportunities and a wide range of health benefits, an insurance scheme, night shift bonuses from the first hour, major life event benefits, a shop for staff members, discounted air tickets and other bonuses, as well as opportunities for growth and career development.

Last year, around 500 new employees were trained and started working at the Airport, and the number of employees at Riga Airport – more than 1 400 – already exceeds the pre-pandemic figures. It was the timely recruitment of staff in the first half of 2022 that allowed Riga Airport to avoid the staff shortages observed at other European airports during the summer travel season, which caused significant flight delays.

For more information about the vacancies offered by Riga Airport, please visit www.darbslidosta.lv. Riga Airport has been ranked as one of the most desirable employers among employees, young people and students in the latest survey conducted by Kantar.