With the transition to wintertime this weekend, from 30 October, the list of autumn/winter flights will take effect at Riga Airport, offering passengers more than 70 direct destinations, including regular flights to Gran Canaria and Marrakesh on the African continent.

The list of winter flights from Riga currently includes 74 regular and charter flight routes, which will be operated by 13 airlines.

The widest range of destinations from Riga Airport will be provided by the national airline airBaltic, which has scheduled flights on 45 direct routes. Among them will be two special novelties – Marrakesh in Morocco and Gran Canaria in the Canary Islands. With the opening of these routes on 31 October and 1 November, airBaltic will provide passengers with a direct air traffic connection between Latvia and Africa. Flights on both new routes are planned until the end of March next year.

On several airBaltic routes, including to Tallinn, Helsinki, Stockholm and Brussels, the frequency of flights in the winter season will be higher than in the previous winter. Passengers will also have an opportunity to go to winter holiday destinations in Salzburg and Verona; it will be possible to travel to Dubai four times a week and to Tenerife six times a week. 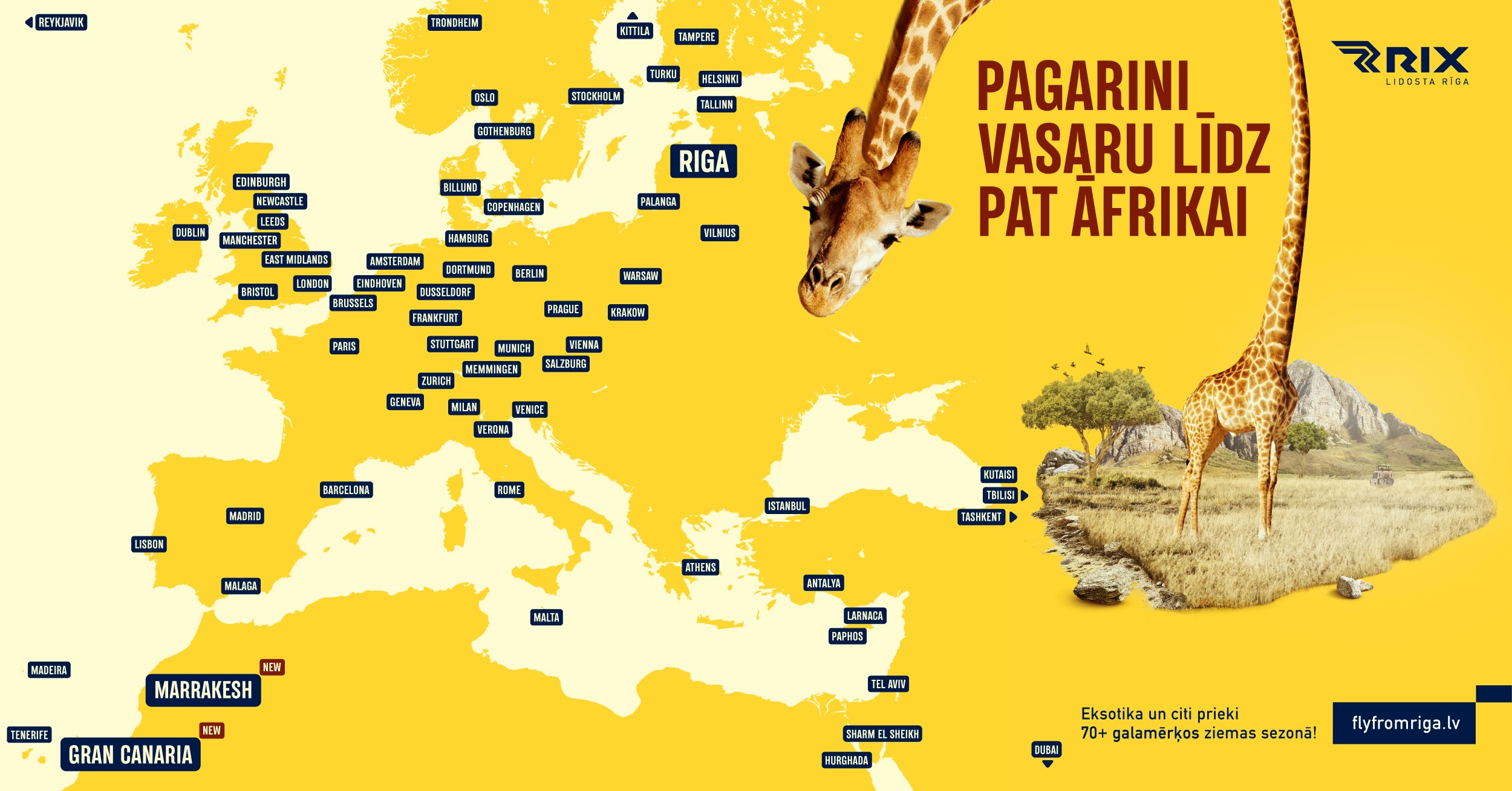 Ryanair's winter flight schedule includes 27 destinations, WizzAir will offer its passengers five routes from Riga, and Norwegian – four. In turn, Transavia will resume flights to and from Amsterdam twice a week from 17 November.

In the charter flight segment, flights from Riga to holiday destinations in Turkey, Italy, Portugal, and Egypt will also be operated by Smartlynx Airlines, Freebird Airlines, SkyUp and airBaltic.