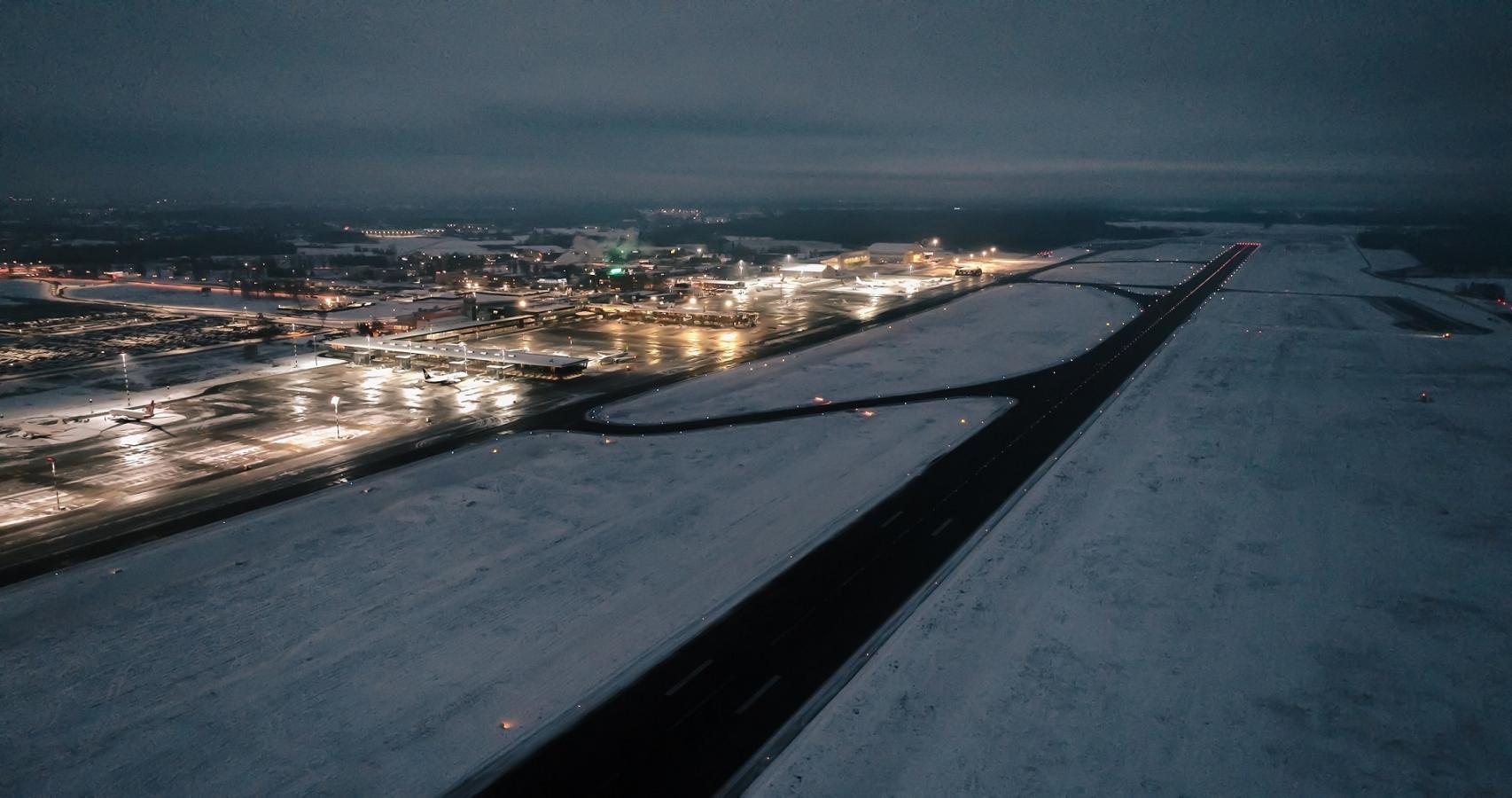 The new taxiway centreline lighting system has been put into operation at Riga Airport; it facilitates the movement of aircraft on the airfield in conditions of poor visibility and is an essential step to introduce the modern "follow the greens" aircraft control system at the Airport in the future.

The taxiway centreline lighting system allows aircraft to run faster and safer in low visibility conditions – fog, intense snow or rain – and during the dark hours of the day. Making the aircraft taxiing on the ground more efficient and safer will reduce carbon dioxide emissions and energy consumption.

“Follow the greens” is an innovative management system for taxiing on the ground. It provides flight crew with individual guidance to control the aircraft on the airfield, automatically illuminating the centreline of the taxiway in front of the aircraft, showing the route to the aircraft stand or runway.

The creation of the centreline lighting system for taxiways is one of the supported activities in the EU Cohesion Fund project "Development of Secure and Environmentally Friendly Infrastructure at Riga International Airport". As part of the project, Riga Airport is carrying out ambitious infrastructure development works of the Airport and in the Airport territory. The Airport has built a second rapid-exit taxiway, which will help reduce CO2 emissions, and built a halipad for emergency medical and aviation rescue and search, as well as military, government and other helicopters. Also, with the support of Cohesion Fund, the access roads of the public part of the Airport have been rebuilt, the rainwater drainage system and the lighting infrastructure have been upgraded.